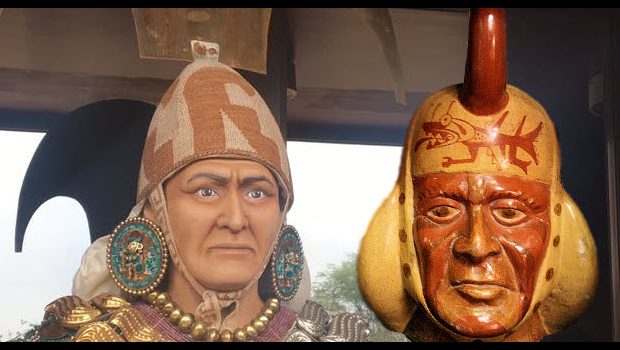 If we now know that this is what the Lord of Sipan looked like, then could he have been the subject of this ancient Moche portrait vessel, as well?

Peruvian officials this week unveiled the life-size sculpture and forensically reproduced face of El Señor de Sipán, the Moche lord who died and was lavishly entombed in Northern Peru some 1,800 years ago.

The ceremony Thursday at the Museum of the Royal Tombs of Sipan in the northern city of Chiclayo marked the 30-year anniversary of his discovery by archaeologist Walter Alva.

Alva’s excavation of this Moche ruler’s gold relic-laden tomb has often been compared in terms of scope and importance to that of Egyptian pharaoh Tutankhamun.

But what the Moche civilization had during its C.E. 100 to 800 reign over what is now Northern coastal Peru that the ancient Egyptians didn’t were highly detailed portrait sculptures of their ruling elite. 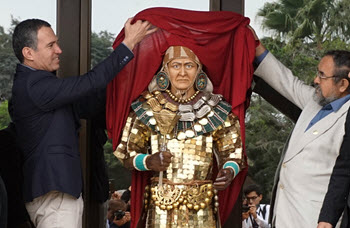 The life-size image unveiled  by Alva and Peruvian Culture Minister Salvador del Solar was based on a digital facial image painstakingly rendered from a reconstruction of the Lord of Sipán’s badly damaged skull.

Alva had it produced last year by a Brazilian team of forensic anthropologists and a 3D-CG Designer named Cicero Moraes.

Well, it worked. When I saw that face, I immediately recognized it. It was a face I had written about in blog posts; a face I always made a point of highlighting to all friends and clients that I took over the years to the Larco Museum in Lima. 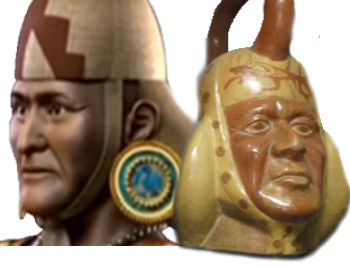 Its catalog number in the collection is ML000203.

In his book Moche Portraits from Ancient Peru, archaeologist Christopher B. Donnan analyzed the ability of Moche ancient artists to create recognizable portraits of individuals.

Donnan concluded that these snapshot-like vessels depict high-ranking members of the elite in Moche society — in some cases from their youths within familial hierarchies, through later age as mature leaders.

While Donnan did not deal with ML000203 in his book, that is in fact how that piece was presented to me when I first saw it nearly a decade ago — the eldest version among three portrait vessels of the same person.

I am not a scientist, but here is my question:

If a 3D digital scan of ML000203 showed a matching correlation in the facial measurements and anthropometric coordinates with the 3D reconstruction produced by Cicero Moraes, would that constitute compelling evidence that ML000203 was fashioned by the Moche to depict their  supreme leader, the Lord of Sipan? 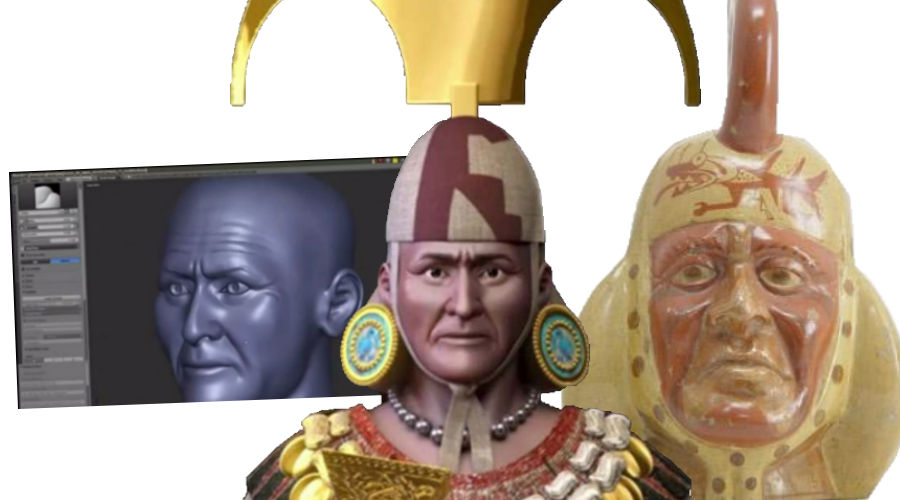