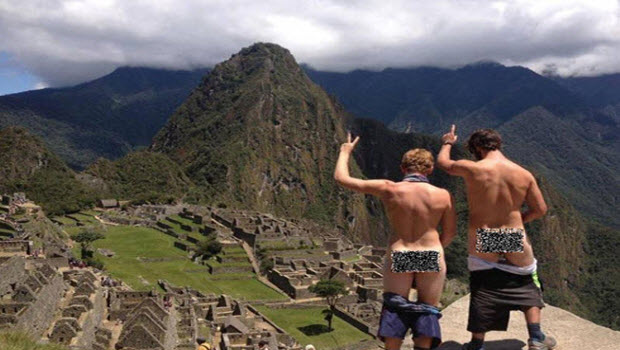 There is a growing fad at Machu Picchu that officials hope to nip in the bud: tourists who pose for nude snapshots with the iconic Inca Citadel looming in the background.

For years, the practice has occurred pretty much under the radar.

That changed earlier this month when photos of two buddies from lands “Down Under” with buttocks bared, went viral, along with a YouTube video of a couple streaking across Machu Picchu’s principal plaza.

These unidentified tourists streaked across the principal plaza at Machu Picchu. A YouTube video of the incident went viral. (Watch the video at the bottom of this story)

Cusco’s new Regional Director of Culture, Ricardo Ruiz Caro, issued a statement that the incidents happened on the watch of his predecessor and that he should not be held responsible. He added that park guards at Machu Picchu and other historic sites in the region would increase surveillance from now on “to avoid these unfortunate events that threaten cultural heritage.”

The statement explained that the butt-bare friends, identified as Liam Rudevies, 18, of Australia, and  Mathew Topp, 30, of New Zealand, were arrested on the spot last November when they were caught naked by the Guard House.

The pair were briefly taken into custody and ordered to erase the offending images from the memory card of their 18-megapixel Canon camera, which was then returned to them before they were released, according to the handwritten police report.

Liam Rudevies, 18, of Australia, and Mathew Topp, 30, of New Zealand, were arrested on the spot last November when they were caught posing in the buff at Machu Picchu. They got off with a warning.

“It should be emphasized that they were made aware that it is totally forbidden to take photographs of this magnitude,” the report said — offering a fortuitous quip for literal translation.

Whether you chalk it up to a 70’s prank tradition resurrected or an act of cosmic self-affirmation, nude photos of visitors at Machu Picchu, as well as other historic and cultural monuments around the globe, appears to be a growing phenomenon. 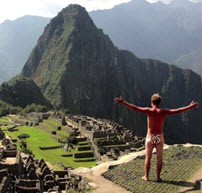 Blogs, Facebook pages and at least one trendy clothing company ad campaign have taken up the meme.

British-based Time & Place Clothing’s video campaign posed the question, “Ever wondered what it would feel like to get naked in some of the world’s most spectacular locations? Of course you have!”

The company purports to have sent out its “mystery man” on an “ASSignment, like Jason Bourne but as a nudist, minus the guns and murder. This is for all you ASSpiring nude tourists!” 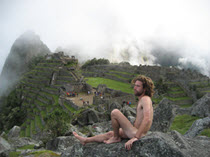 “Have people ever seen you naked while you took the photos?,” Amichay Rab writes rhetorically.
“Let’s say that i learned to be pretty sneaky and quiet…”

Amichay Rab, of Tel Aviv, Israel, wrote that the idea for his nudist journey and subsequent My Naked Trip (almost)  blog, came from a suggestion by his cousin, Sigalle.

Paul Marshall, the creator of the Naked At Monuments site, wrote that his inspiration was first and foremost “about having a laugh.”

But on a deeper level, Marshall says he wanted to spread the traditional nudist movement message, as well as do some social good in developing countries.

“We’re more than happy to watch people slit each others throats and blow each others heads off in movies, but as soon as we see a naked body we either laugh or tense up,” Marshall wrote on his blog. “We want to break down some of these barriers and let the world know its okay to get naked. We were all born naked, and I’m damn sure going to die naked. When we eventually monetise the site we also want to raise money for sexual health awareness in developing countries.” 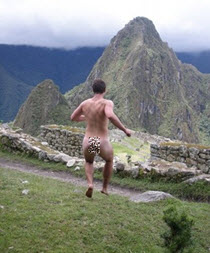 “We were all born naked, and I’m damn sure going to die naked,” writes Paul Marshall, the creator of the Naked At Monuments site.

Marshall lists Machu Picchu #3 of the “top seven historic monuments to get naked at” behind Hagia Sofia in Turkey and Egypt’s Great Pyramid of Giza.

He rated the difficulty level of getting the nude shot at Machu Picchu at 1.5/5.

“The reason this has such a low difficulty rating is because far too many of my friends have been naked here,” he wrote. Only the Great Wall of China received a lower difficulty mark of 1/5. He gave Giza and Hagia Sofia difficulty marks of 4/5 and 5/5 respectively.

Presumably, the difficulty level at Machu Picchu is now going to increase. The takeaway is that stripping naked at Machu Picchu probably isn’t a great idea, unless you want to be forcibly removed from the site and possibly face criminal charges.

But then again, what is the big deal?

Let’s say the trend continues and grows to “epidemic proportions,” like “The Streak” of the 1970s in the United States and England?

Perhaps they could take a page from the playbook of Ralph W. Steen, former president of  Stephen F. Austin State University in Nacogdoches, Texas. In 1974, faced with a rash of naked students disrupting lectures, ceremonies and football games, Steen ruled out expelling anyone.

Instead, he designated a particular day in which all who wanted could streak the length of the college campus’ main street. It was the beginning of a long-standing university tradition.

So what about it? An all-nude day once a year at Machu Picchu… Just saying. 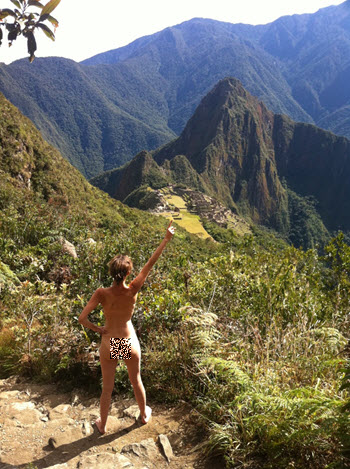 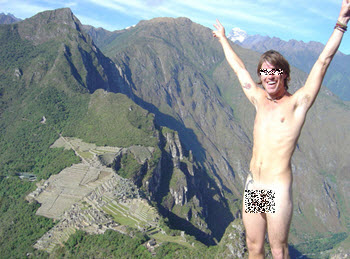 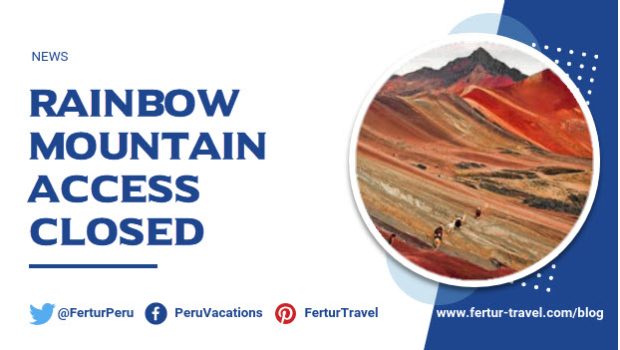 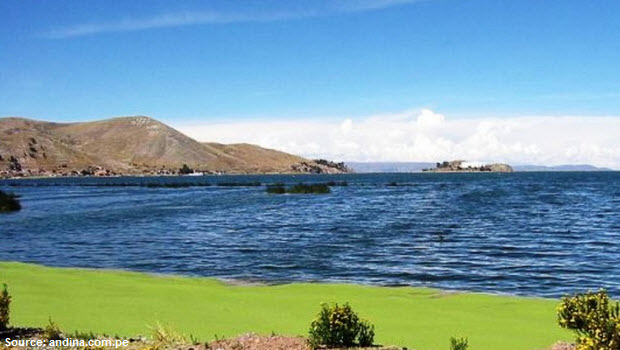 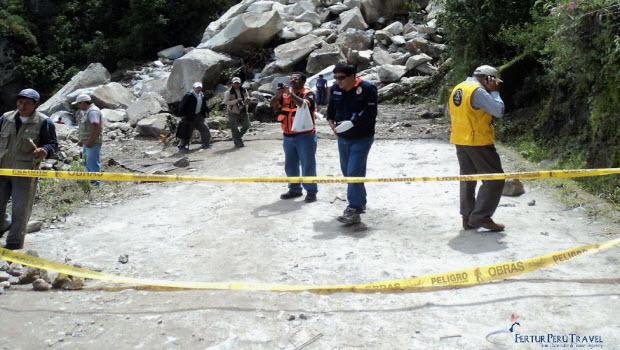