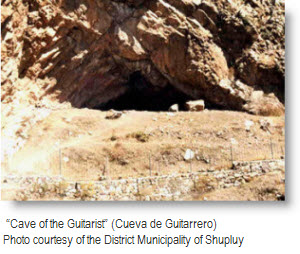 This cave is the oldest site found in Peru that shows signs of humans experimenting with the domestication of plants. It was occupied from approximately 9700 BC. Researchers believe that it was used as camping area for a band of hunter-gatherers that lived here for part of the year, only to abandon agricultural pursuits during the hunting season. Thanks to the dryness of the cave rock paintings have been well preserved, allowing experts to retrieve information about the vegetables and animals that the cave’s inhabitants ate and cultivated. When the cave was discovered in the 1960s, the bones of mastodons and llamas were found among the remains.